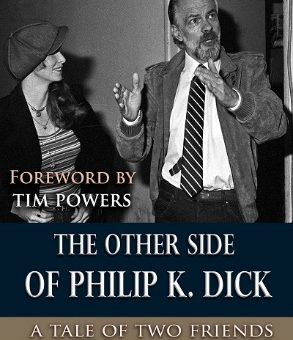 The Other Side of Philip K. Dick by Maer Wilson

Excerpt
“But first let’s set the scene.
It’s April, 1972 in Fullerton, California around 7:00 PM. The sun has set and the night is cool, balanced between full spring and hints of summer. Can you feel the slight breeze?
The street is Quartz Lane. Some of the many apartment buildings in the area line the short road. We’re going to go to the first complex on the right, just past the church. There’s a small courtyard and the residents all have their curtains drawn. Most are translucent and clearly show the light from the apartments. But there. That first apartment on our right? The one upstairs. Yes, that one with the light shining through a gap in the curtains.
And the one across from it. The light isn’t as bright, but we need to note that one, too.
We can almost hear the giggles of two girls as we make our way up the stairs and fade through their door. Shhh… We’ll be as quiet as the ghosts from the future that we are.
The scene is set. The actors and orchestra are in their places. The curtain rises.
The conductor taps his baton on the music stand.
The stage lights come up.
Let us begin.

It happened back when I was still immortal.” 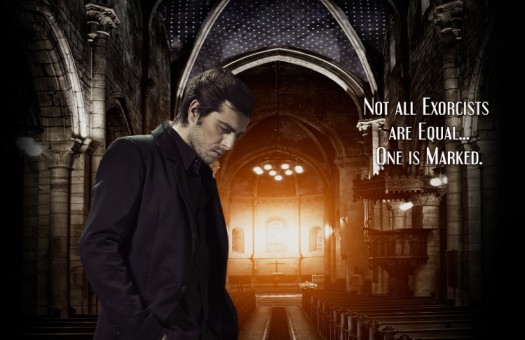 When defrocked ex-priest, Jimmy Holiday, agrees to help an old friend with his sick daughter, he doesn’t expect the horrors that await him. Blackmoor, his friend’s new residence, rests upon the outskirts of the town of Sorrow’s Point. The mansion’s history of magic, mayhem, and death makes it almost a living thing – a haunted mansion straight out of a Stephen King novel. Jimmy must decide if the young girl, Lucy, is only ill, or if the haunting of the house and her apparent possession are real.

After the house appears to affect him as well with colors of magic dancing before his eyes, rooms warded by a witch, and a ring of power in his voice, Jimmy is met by a transient who tells him he has “the Mark”. Whatever being “marked” means, Jimmy doesn’t care. All he wants to do is help Lucy. But, helping Lucy means performing an exorcism.